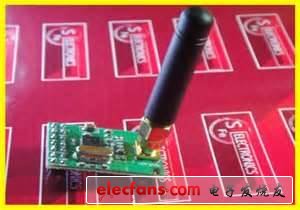 Although the wireless mobile video transmission system accounts for a small proportion of the emergency command system support platform, it often plays a key role in the finishing touch at critical times.

Faced with a complex emergency scene environment, not only must we consider the coordination and cooperation of multi-department communication tools, but also the interconnection and independence between systems. If a set of equipment interferes with the work of other systems, it will destroy other systems and even The normal work of the entire emergency rescue platform, as long as one link is wrong, it will lose all.

Second, the advantages of wireless monitoring are highlighted

Low overall cost: only a one-time investment, no need to dig trenches and buried pipes, especially suitable for outdoor long distance and well-renovated occasions; in many cases, users are often limited by geographical environment and work content, such as mountains, ports The special geographical environment such as the open area and the ground brings great inconvenience to the cable network and the cable transmission wiring project. The construction period using cable will be very long, or even impossible to achieve at all. At this time, using wireless monitoring can get rid of the shackles of the cable, which has the advantages of short installation cycle, convenient maintenance, strong capacity expansion, and rapid cost recovery.

Low maintenance cost: The wireless monitoring and maintenance is maintained by the network provider, and the front-end equipment is a plug-and-play, maintenance-free system. Although the wireless transmission devices on the security market currently use various mechanisms to enhance their security, many industry insiders have found that there are various security vulnerabilities in confidentiality agreements. For example, he cannot guarantee the confidentiality, integrity and integrity of data. Implement identity authentication for the accessed users.

It can be divided into analog microwave and digital microwave.

Analog microwave: In this way of transmission, the video signal is directly modulated on the microwave channel and transmitted through the antenna. The monitoring center receives the microwave signal through the antenna and then demodulates the original video signal through the microwave receiver. According to Zhaoyuan Tianshishi Zhaozhao, this monitoring method has no compression loss and almost no delay, so video quality can be guaranteed, but it is only suitable for point-to-point single-channel transmission and is not suitable for large-scale deployment. In addition, because there is no modulation and calibration process, The interference is poor, and it can hardly be used in a complex wireless signal environment. The lower the frequency of the simulated microwave, the longer the wavelength, and the strong diffraction ability, but it is easy to interfere with other communications. Therefore, this method was used more in the 1990s and is rarely used at present.

In summary, digital microwave has large capacity, strong anti-interference ability, and good confidentiality. The same transmission power transmission distance is farther, less affected by terrain or obstacles, rich interfaces, and strong expansion ability. Conversely, analog microwaves do not have these advantages, but are cheaper to manufacture.

The IEEE802.11 standard defines the physical layer and media access control (MAC) specifications. The physical layer defines the signal characteristics and modulation of data transmission, and works in the 2.4000 ~ 2.4835GHz frequency band. IEEE802.11 is a wireless local area network standard originally formulated by IEEE. It is mainly used for wireless access to computers in hard-to-wire environments or mobile environments. Since the transmission rate can only reach 2Mbps, the business is mainly used for data storage. take.

This series mainly includes the IEEE802.11a / b / g / n wireless LAN standard, of which the IEEE802.11b standard is currently used more, namely WiFi. This standard specifies that the wireless LAN working frequency band is 2.4GHZ-2.4835GHZ and the transmission rate reaches 11Mbps , Is a supplement to IEEE802.11. According to the introduction of Tianyuan Shi Zhaozhao, WiFi products have better advantages in terms of bandwidth, anti-jamming, encryption, etc., and have powerful network management functions, which provide a powerful means for large-scale networking under various applications. High-bandwidth video transmission is currently the most widely used wireless transmission technology. It is understood that the WiFi signal radius can reach about 100 meters, can be used in the office or even the entire building, and the transmission speed is also very fast.

However, some people in the industry pointed out that WiFi is a standard protocol, so users only need to bring a laptop or PDA that supports wireless to the area where WiFi exists, and high-speed Internet access, which determines that its security is not very good. If more sensitive images cannot be used to prevent them from being stolen by others; in addition, its transmission distance is short and its flexibility is poor, so it does not have the ability of wide-area video surveillance.

Therefore, based on the needs of the carrier level, the 802.11 standard has developed an intelligent distributed technology architecture of the base station controller WiFi base station, which can realize large-scale networking of 100,000-level WiFi base stations and millions of terminals, which can be used in a wide range of areas. And 802.11n is currently the highest wireless bandwidth standard. A single 802.11n base station can achieve 300Mbps wireless bandwidth and 200Mbps effective bandwidth transmission, and can achieve 200 D1 / 1Mbps image transmission, which is better than the most common 100M fiber transmission on the market.

In fact, 802.11 has the highest level of WAPI / 802.11i encryption standards in China and internationally, which can fully meet the transmission requirements of high-density communications in the military, finance, and government; it also has strict anti-interference based on the physical layer and MAC layer and reduces bit errors. The rate-related protocol standard is the strongest anti-interference standard system in the current wireless standard.

The 2G transmission mode mainly includes CDMA and GSM. These two modes have lower cost, larger coverage, and faster transmission speed. The theoretical transmission rate of CDMA is 153.6Kbps, which can basically reach 60 ~ 80Kbps in practical use. Few manufacturers favor. The GPRS based on GSM, although the coverage rate is higher than CDMA, but the transmission rate is slightly slower, so it is still in a disadvantage in use.

The mobile (TD-SCDMA), telecommunications (CDMA2000EVDO), and China Unicom (WCDMA) operators â€™3G technology access methods have been used since 2009. After vigorously promoted by various operators, many monitoring manufacturers have developed research and development related to this aspect. The product. The outstanding advantage of 3G is the high-speed download capability. The ideal value can reach the transmission rate of 3Kbps ~ 1G, but because it is still in the promotion stage, it still needs further verification in this regard.

What is a Rigid Flex PCB?

Rigid flex printed circuit boards are boards using a combination of flexible and rigid board technologies in an application. Most rigid flex boards consist of multiple layers of flexible circuit substrates attached to one or more rigid boards externally and/or internally, depending upon the design of the application. The flexible substrates are designed to be in a constant state of flex and are usually formed into the flexed curve during manufacturing or installation.

Rigid flex designs are more challenging than the design of a typical rigid board environment, as these boards are designed in a 3D space, which also offers greater spatial efficiency. By being able to design in three dimensions rigid flex designers can twist, fold and roll the flexible board substrates to achieve their desired shape for the final application's package.

Our expertise â€“ your profit!

The circuit board is no longer thought of as simply something to hold other elements. In fact, it is part of the system and offers a diverse range of options to integrate different functions. We want to support our customers as early on in the development process as possible so that they can get the most out of our wide-ranging expertise. In this way we can succeed in finding the perfect solution for the specific situation whilst keeping an overview of the entire system.