A battery is a device that converts the energy produced by a chemical reaction directly into electrical energy. It has stable voltage, stable current, stable power supply for a long time, little influence from the outside world, simple structure, convenient carrying, simple and convenient charging and discharging operation, stable and reliable performance, and brings a lot of convenience to modern social life.

In 1800, the Italian scientist Volta made a different volume of metal and electrolyte to make a Volta pile, which is considered to be the first power supply device in human history. Humans have invented lead-acid batteries, zinc-manganese dioxide dry batteries with NH4Cl as electrolyte, cadmium-nickel batteries, iron-nickel storage, alkaline zinc-manganese batteries and lithium-ion batteries. As research continues to deepen, new batteries have emerged in recent years.

A fuel cell is a power generation device that directly converts chemical energy present in a fuel and an oxidant into electrical energy. Fuel and air are fed into the fuel cell separately, and the electricity is wonderfully produced. It looks like a positive and negative electrode and electrolyte, like a battery, but in essence it can't "storage electricity" but a "power plant." 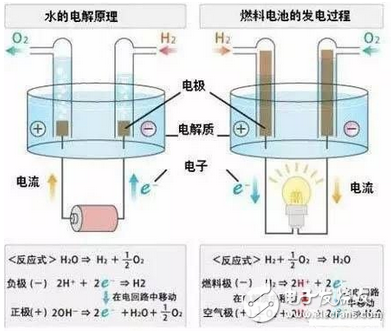 The hydrogen-oxygen fuel cell reaction principle is the reverse process of electrolyzing water.

The electrode should be:

The fuel cell directly converts the chemical energy of the fuel into electric energy, and does not change the energy form of the boiler, the steam turbine, and the generator as in the conventional thermal power generator, thereby avoiding the energy loss of the intermediate conversion, and thus the energy conversion efficiency is relatively high. The efficiency of thermal power generation and nuclear power is about 30% to 40%, and the fuel cell power conversion efficiency can reach 45% to 60%. In addition, the fuel cell power station has a small footprint and a short construction period. The power of the power station can be assembled by the battery stack as needed, and the installation location is flexible and convenient. Whether the fuel cell is used as a centralized power station or a distributed power station, or as an independent power station for a community, a factory, or a large building, it is very suitable. The load response is fast and the running quality is high; the fuel cell can be switched from the lowest power to the rated power in a few seconds. 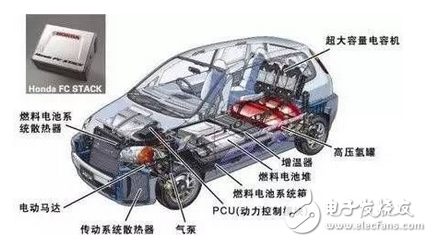 The graphene battery is a new energy battery developed by utilizing the characteristic that lithium ions can shuttle rapidly between the surface of the graphene and the electrode.

Graphene is a two-dimensional crystal with a thickness of one atom, which is separated from the graphite material and composed of carbon atoms. In 2004, Physicist Andrew Gem and Konstantin Novoselov of the University of Manchester in the United Kingdom succeeded in separating graphene from graphite, confirming that it can exist alone, and the two also jointly won the 2010 Novo Bell Physics Award. With the gradual breakthrough in mass production and large-scale problems, the industrial application of graphene is accelerating. Based on the existing research results, the first commercial application field may be mobile equipment, aerospace, new Energy battery field. 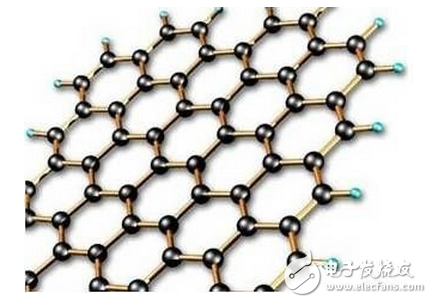 New batteries made of graphene materials will be smaller in size and weight, and the energy storage density will be greatly improved. More importantly, it greatly shortens the charging time and is convenient for consumers. Nanotek Instruments, Inc. of Ohio, USA, has developed a new battery that utilizes the rapid shuttle movement of lithium ions between the graphene surface and the electrodes. This new battery compresses hours of charging time to less than a minute. Analysts believe that the industrialization of fast-charging graphene batteries in the next minute will bring about changes in the battery industry, which will also promote innovation in the new energy vehicle industry.

It is the application prospect of graphene. Many countries have established graphene-related technology research and development centers, trying to use graphene commercialization, and then obtaining potential application patents in industrial, technical and electronic related fields. The European Commission has set up a special research and development plan for graphene as a â€œnew future flagship technology projectâ€ and will allocate 1 billion euros in the next 10 years. The UK government has also invested in the National Graphene Research Institute (NGI) in an effort to bring this material from the laboratory to the production line and market in the coming decades.

China also has unique advantages in graphene research. From the production point of view, graphite, which is a raw material for graphene production, is abundant in energy storage in China and has low price. In addition, mass production and large-scale production are the most important factors hindering the large-scale commercial use of graphene. The first 15-inch single-layer graphene was successfully fabricated by chemical vapor deposition, and the graphene transparent electrode was successfully applied to the resistive touch screen to prepare a 7-inch graphene touch screen.

1: The way of ear hooks ensures the reliability of the user's wearing. In the design of earplugs, the unit is often enlarged to meet the needs of sound quality.

2: The design of the earhook fully demonstrates the design capabilities of the earphone manufacturer, from the design to the reliability of the wearing of the ergonomic design. 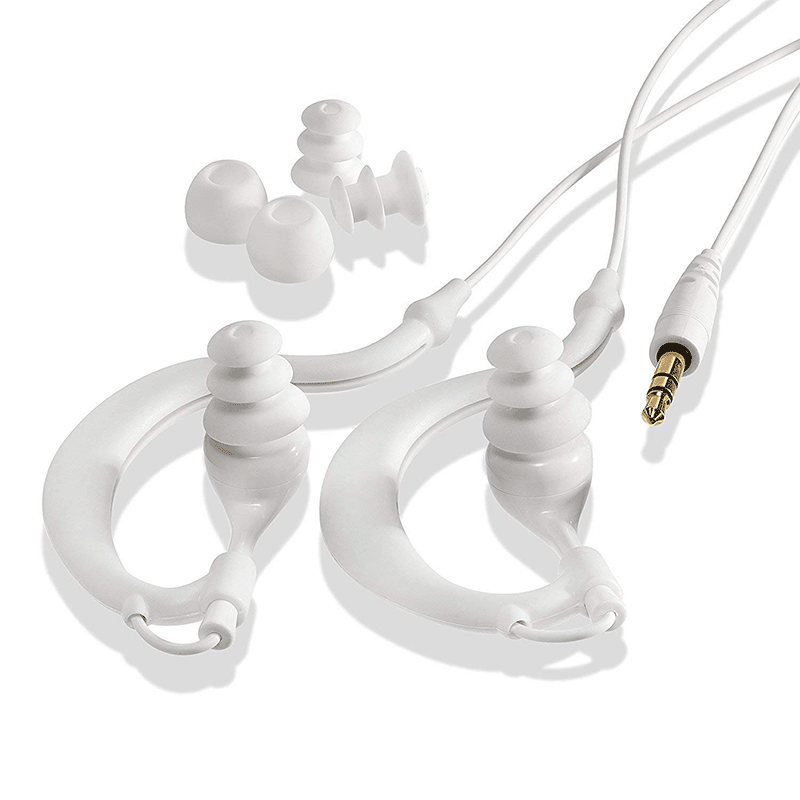